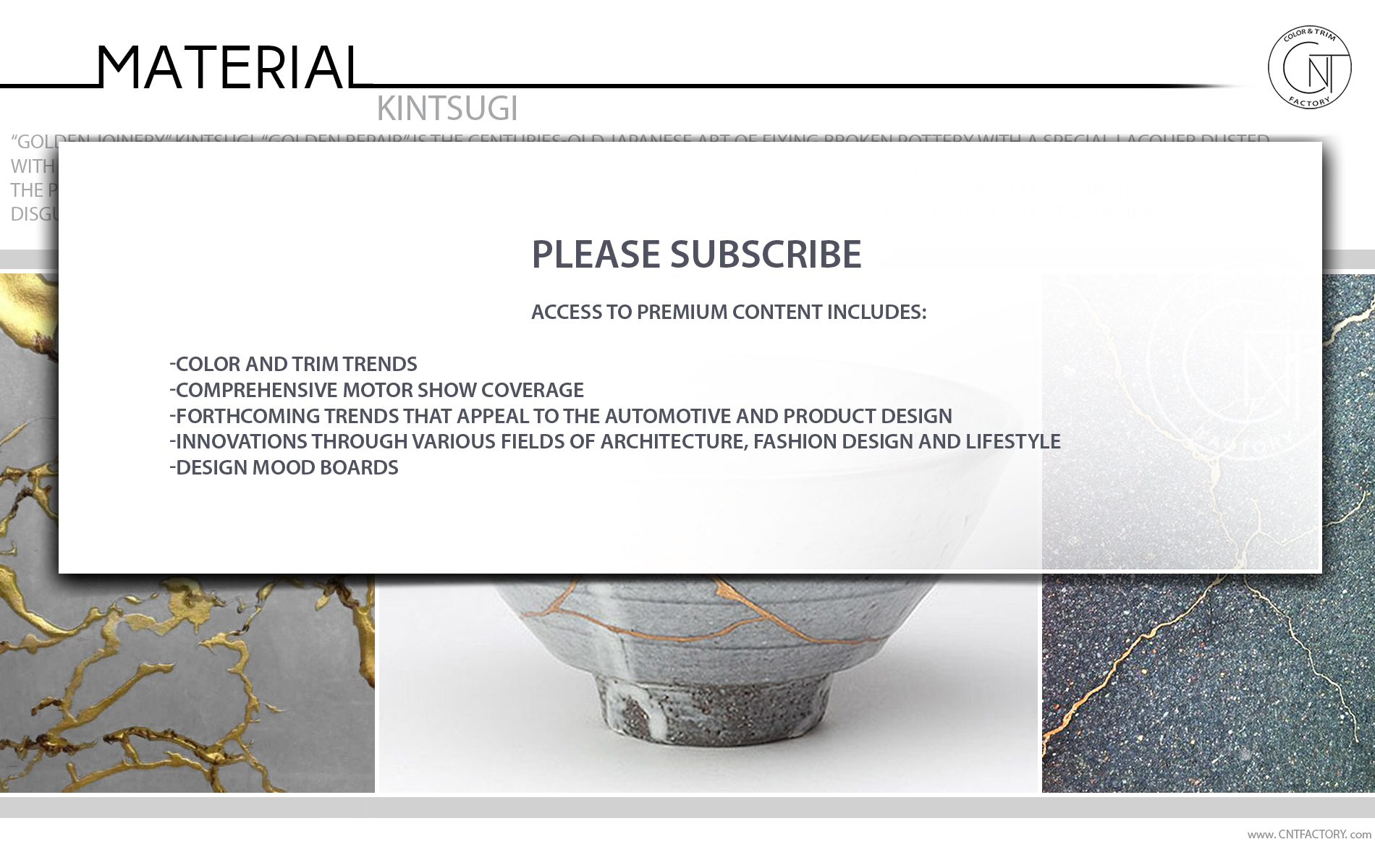 Related Post: Copper Patination Iron Oxidation / 3D Liquid Marble / Velvet and Concrete [cnt-hide] There are 3 predominant styles of Kintsugi: crack, piece method, and joint-call. While, in each case, gold-dusted epoxy is used to fix the broken pottery, the methods themselves vary. Objects... 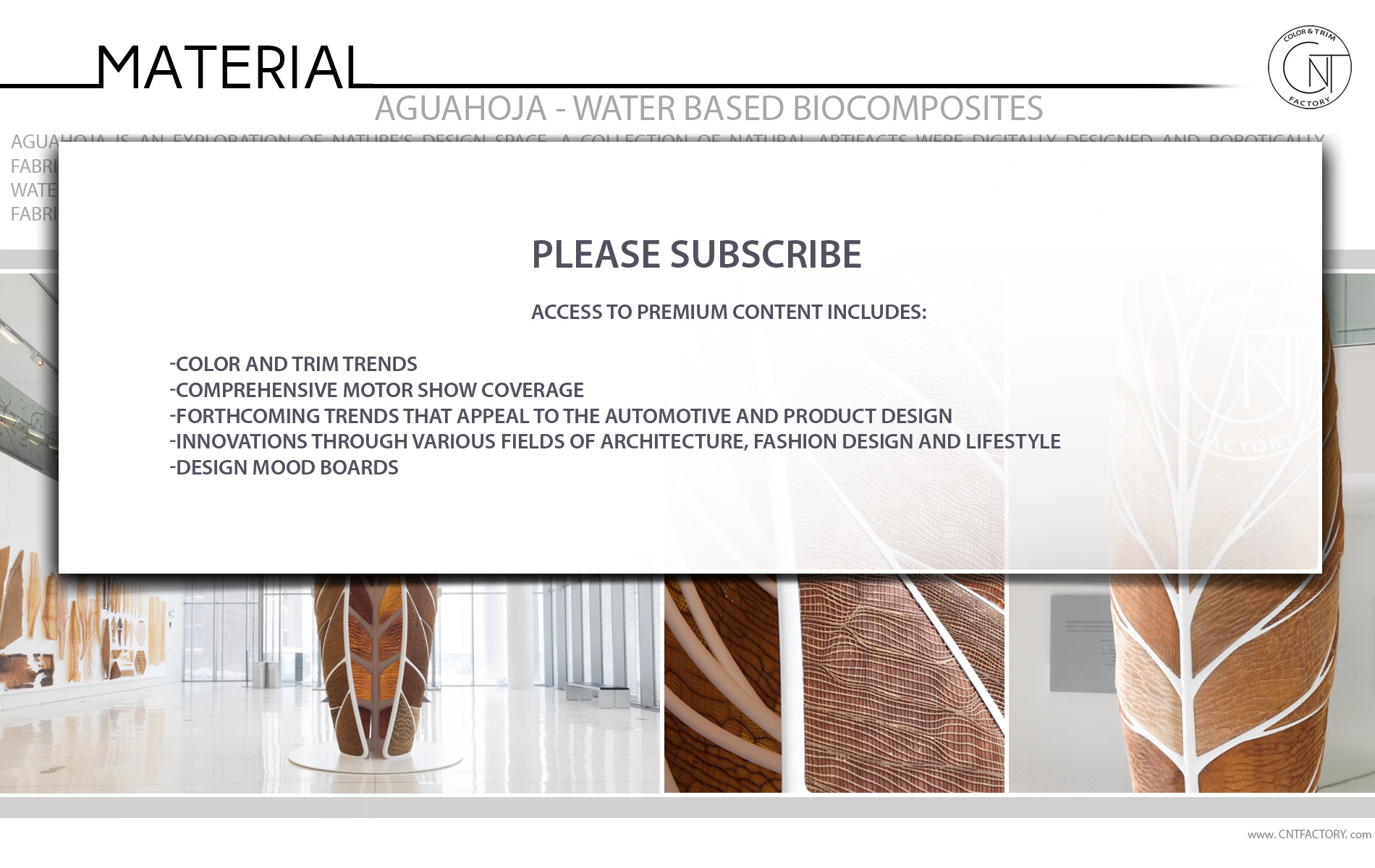 14 May Aguahoja – Programmable Water Based Biocomposites for Digital Design 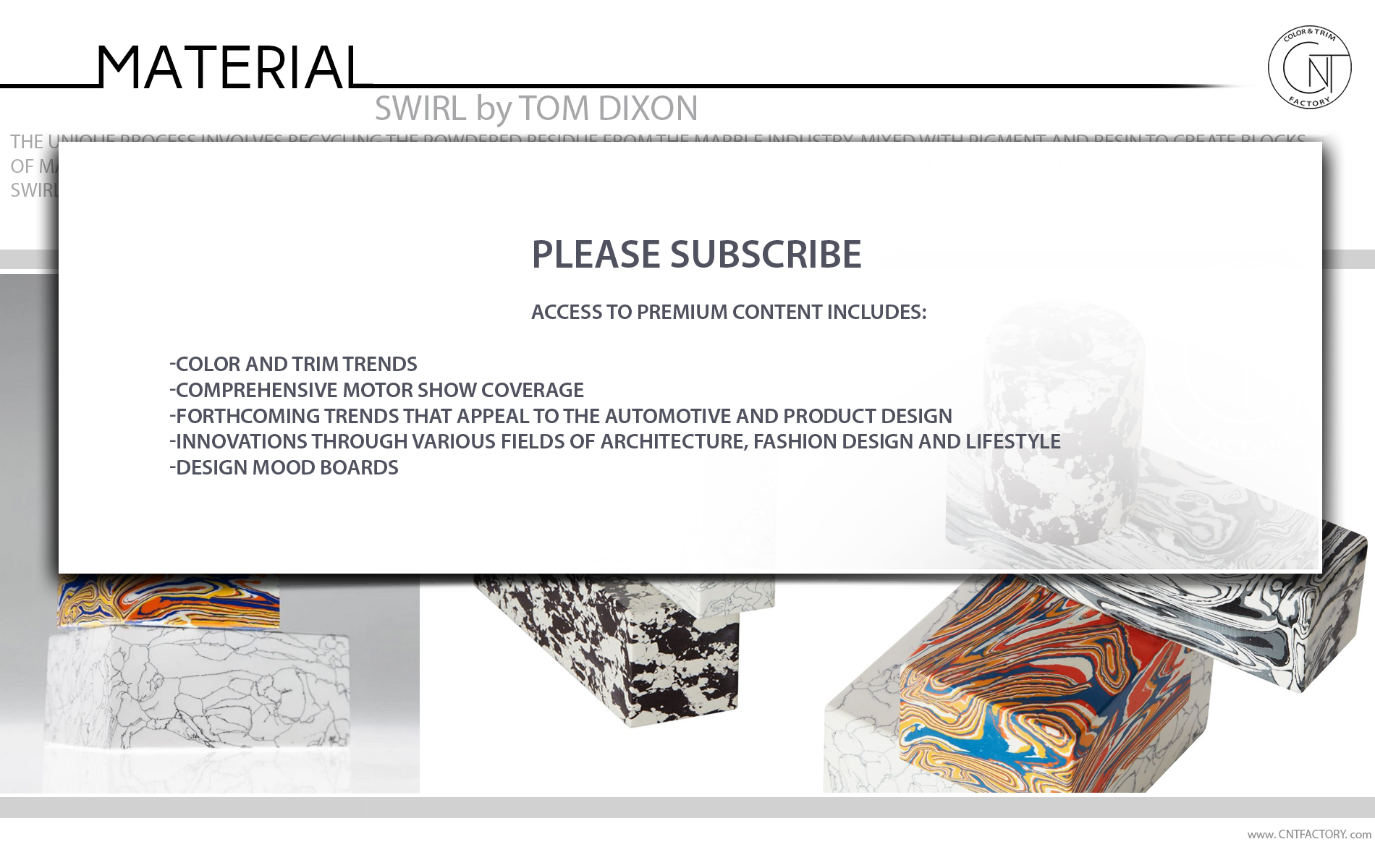 07 May SWIRL by Tom Dixon

Posted at 05:06h in Materials by CnTFactory 0 Comments
0 Likes
Share

Related Posts: Tactile Scents / Marbled Wood / Pigment Producing Microorganisms [cnt-hide] The unique process involves recycling the powdered residue from the marble industry, mixed with pigment and resin to create blocks of material that can then be sawn, sliced and turned on a lathe.... 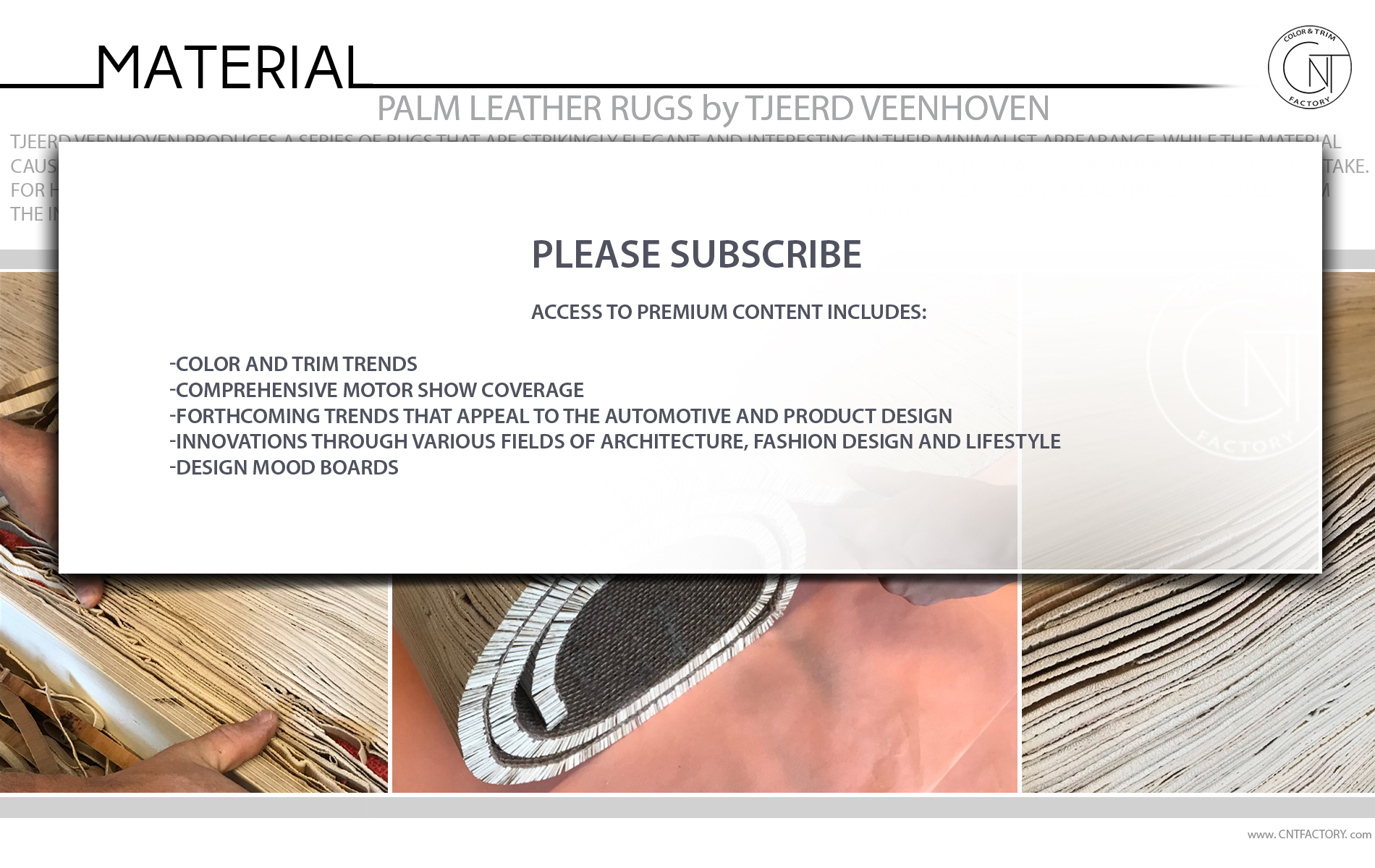 Posted at 05:07h in Materials by CnTFactory 0 Comments
0 Likes
Share

Related Post: Parley x Corona / Ecobirdy / Sulapac [cnt-hide] What it isPalmleather is made by dipping the dry and brittle leave from the Arecae Betel Nut into a biological softening solution we’ve designed in 2011. After a few days the material turns...